Varvaglione 1921, Puglia’s fastest growing winery, knows that it’s a question of taste, and amply demonstrated it at their event A Question of Taste held at Borgo Egnazia April 20-22, 2018.

Held on the heels of Vinitaly, in the heel of the boot which is the region of Puglia, the event was attended by national distributors, international importers and journalists, treated to splendid sunshine and all the flavors of this rich terroir.

Yours truly was on hand for the three-day program…

After a scrumptious lunch al fresco at Borgo Egnazia, the guests boarded buses to visit the winery in Leporano, near Taranto and the famed Manduria region. 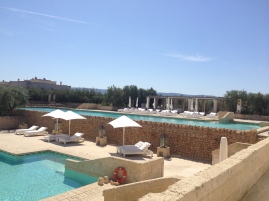 Al fresco dining on the terrace

Marzia Varvaglione led journalists through the various production areas, including the bottling plant which was functioning! 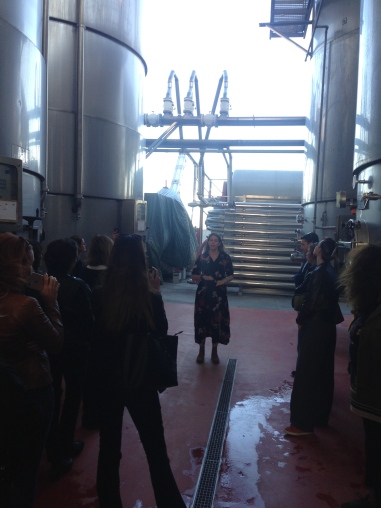 Marzia Varvaglione in the vineyards

And because everything was exquisitely timed, we were treated to a sunset in the vineyards! 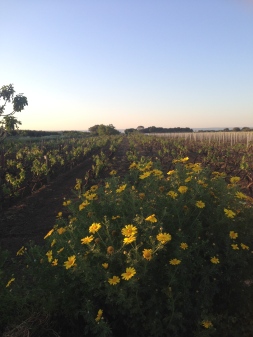 The flowers, the budding vines, the scent of the good earth, the warmth of the setting sun on your skin… it was pure magic! But what was to follow topped even this spectacle of nature…

The Varvaglione family winery is in rapid expansion: Financial Times listed them in the top 500 fastest growing companies in Europe. They recently acquired the masseria, or traditional Puglia country manor, that was historically linked to their family winemaking business, and put out a spread that was enjoyed by all on this warm April evening. 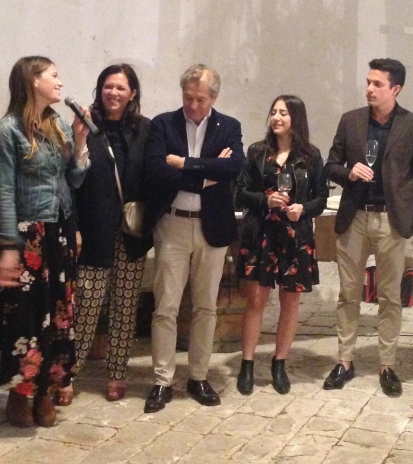 There was no shortage of emotional moments, as the family told their story to the enthralled guests.

Saturday began with workshops and tastings, for the benefit of the guests at Borgo Egnazia. 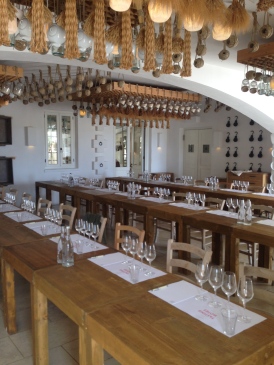 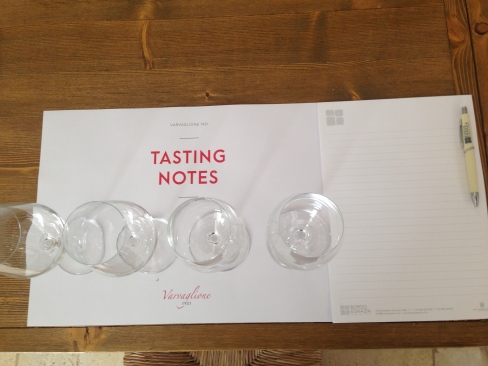 The family showed as much dedication to their guests as they do for their wines.

The morning tasting for journalists included the Marfi organic blend of Chardonnay and Sauvignon Blanc, a Salice Salentino, and two signature wines by Cosimo Varvaglione (the winemaker and owner of the company), the special collection Negroamaro and Primitivo di Manduria. Marzia assisted in leading the tasting, where her sister and future winemaker Francesca, and papà Cosimo also were on hand to say more about their wines.

Perhaps the most important enological moment of the weekend, though, was the first vertical tasting of the company’s iconic Primitivo di Manduria, Papale Oro. 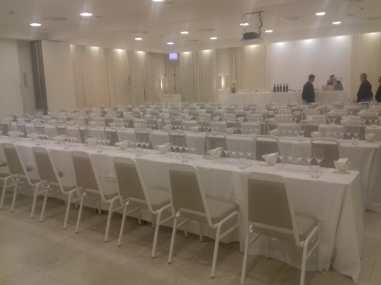 About one hundred lucky participants were able to sip five vintages of the flagship Varvaglione 1921 label, making this weekend even more special, if possible.

The gala dinner on Saturday night offered many glamorous, red carpet moments, as well as delectable food & wine pairings that showcased the best of Puglia and the best of Varvaglione. 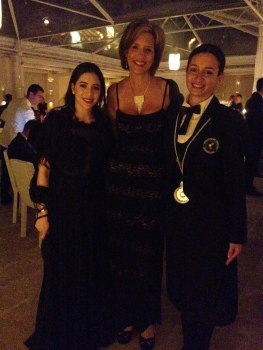 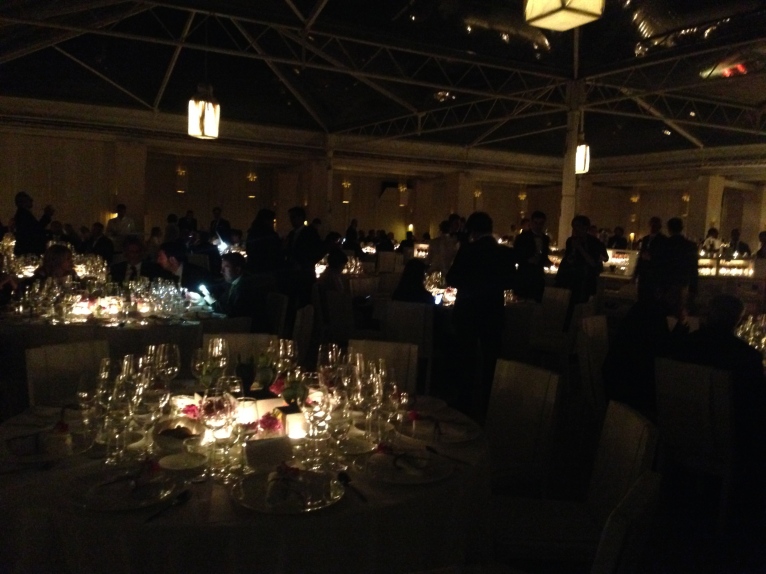 Keep an eye on this company, but even more important, find out what all the fuss is about by sampling the wines of Varvaglione 1921.