When they say it’s wonderful to age like a good wine, do they really contemplate a wine that is 50 years old?

Today, the Donne del Vino – the Women of Wine – held a unique tasting: 10 women producers presented their wines. First, a recent vintage, something we all might buy at the wine store or order in the restaurant. And then, the same wine of 50 years ago – talk about vintage! All this, to celebrate the 50th anniversary of Vinitaly!

One thing to remember is: your nose is as important as your tongue! Get those nostrils working!

The tasting was guided by Paolo Massobrio and Marco Gatti, and each of the women producers presented her own wines with a reflection on the last 50 years of winemaking at her cellar, and the special role of women in her winery.

Special thanks go to the exceedingly competent and professional sommelier. Grazie! 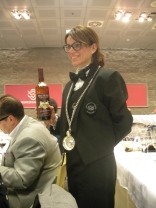 Here’s the line-up of these spectacular wines: 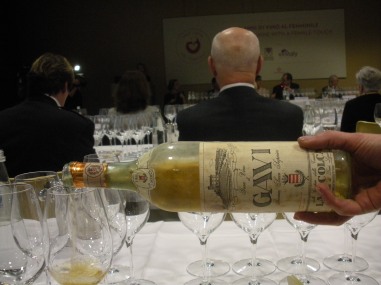 2. Pia Berlucchi (Lombardy) presented the Mandola 2013, a Curtefranca blend, and the 1967 version, which in addition to the Cabernet Franc and Merlot had Nebiolo and Barbera. 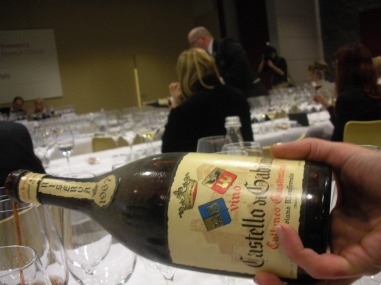 4. Moving on to Tuscany, the Capezzana label of the Contini Bonaccorsi family presented Carmignano from 2012, and another from… 1967, a mere 50 years ago! 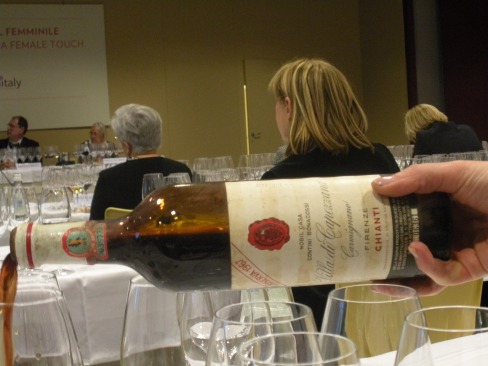 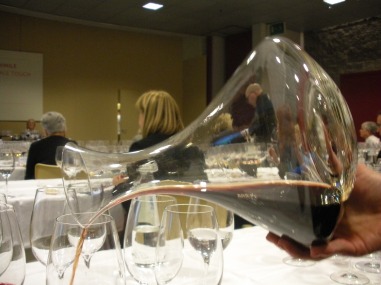 6. Chiara Lungarotti brought out a delicious Rubesco 2009 Riserva, one of Umbria’s two DOCG wines, that is a Torgiano Rosso Riserva, and its 1967 grandmother, equally delightful.

8. Death by Brunello, what a way to go! Fattoria dei Barbi served up an excellent 2011 followed by its 1967 vintage. Isn’t it great that the label has (practically) never changed? Here it is, just as you remembered it…

9. A surprising Castel del Monte 2009 Riserva, a DOCG from Puglia made of 705 nero di troia and 30% montepulciano grapes, brought a lesser-known important red to the table.

10. And last but not least – and you can say that with feeling! – the Masi Amarone Costasera Riserva 2009 followed by a 1967 Masi Campo Fiorin, presented by Alessandra Boscaini. 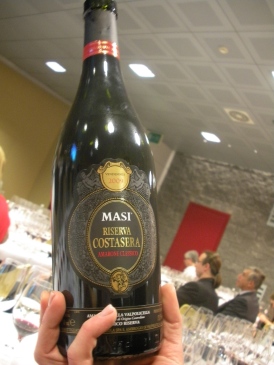 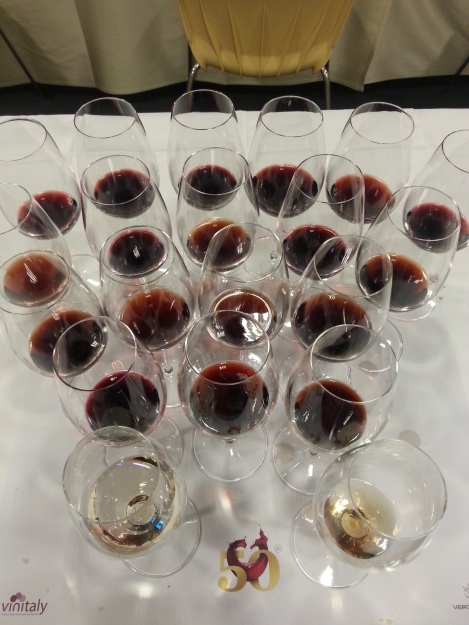 My senses need a rest, so I’m ready to taste again tomorrow…