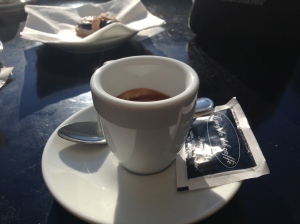 And don’t the Italians too?

Every time I go to Rome, I start my stay out with a cup of java from St. Eustachio. 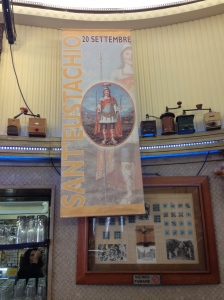 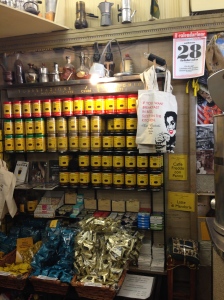 I love the welcoming, homey atmosphere, the incredible range of products and gadgets, all having to do with beans and their elaboration. But the most important question is: dolce o amaro? Do you take your coffee with the sugar already in it (a kind of sweet foamy mousse of coffee)? Or the put-hair-on-your-chest-give-it-to-me straight up?

I was convinced Eustachio was the patron saint of coffee drinkers, given the vocation of his piazza to the bean-addicted. 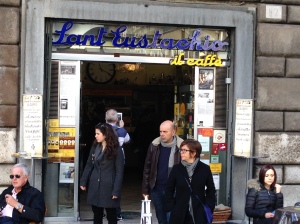 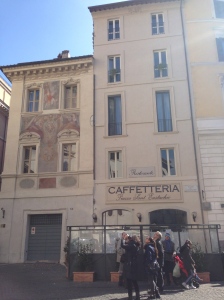 Besides, given St. Eustachio’s iconographic representation, I couldn’t really believe that he could be the patron saint of the you-know-who’s… 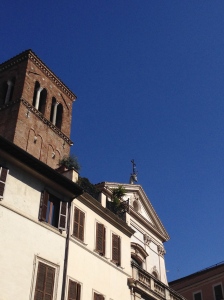 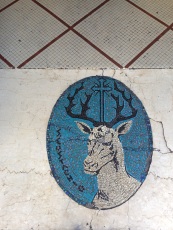 Oh, this post has a soundtrack, so crank up the volume. Coffee is so important in Italian culture that some of the greatest singer songwriters have immortalized it in their works. The great, late Pino Daniele captures that Neapolitan angle on the brew in his memorable ‘Na Tazzulella ‘e Caffè.

And given the pivotal importance of coffee to Italy, to Naples, to all those who worship the bean, Genoa’s own Fabrizio De André also did a song in Neapolitan dialect, where coffee figures prominently in the life of a mafioso inmate. The song is called Don Raffaé but most of us remember it as ‘Ah, che bello caffè!’

Isn’t variety the spice of life? So when I’m here, I get around to my favorite java joints…

Pilgrims to Rome are familiar with the giro delle Sette Chiese, an itinerant walk that takes you to seven important churches and surely purifies your soul.

I’ve got my own version of that, but it is to sip my second most favorite beverage in the world (one guess for what’s at number one!) And it does my soul some good too.

When in Rome, do as the Romans do, as they say: Have at least 4 cups a day!